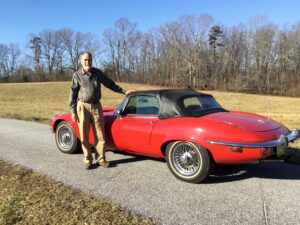 Welcome to the website of the Foothills British Car Club!  We are a diverse group of people who come together over our attachment to wonderful, beautiful British cars.  Some of us own more than one, some of us own only one, and some of us simply dream of someday owning one.  We all enjoy talking about our cars, whether they be real or hoped for.  We enjoy each other’s company and find frequent reasons to get together.  Those include monthly meetings (which involve meals and programs), drives along the beautiful foothills of South Carolina and into the breathtaking mountains of North Carolina, occasional picnics and parties, garage sessions, car shows and other events.  We’ll keep you as busy as you want to be!  And you’ll benefit from the knowledge and experience of many members, one of whom probably has a car almost exactly like yours!

We’re growing, and we’re growing because people find us to be a great group of friendly and helpful people.  We draw our members from all over the Upstate of South Carolina, and from parts of Georgia and North Carolina.  Our dues are ridiculously low, and our benefits are amazingly high.  We invite you to join us, to share your knowledge and love of British Cars with like-minded people.  We know you’ll love it!

Thanks for your interest.  If we can answer any questions, please contact me through the following link:  https://fbccsc.org/contact/